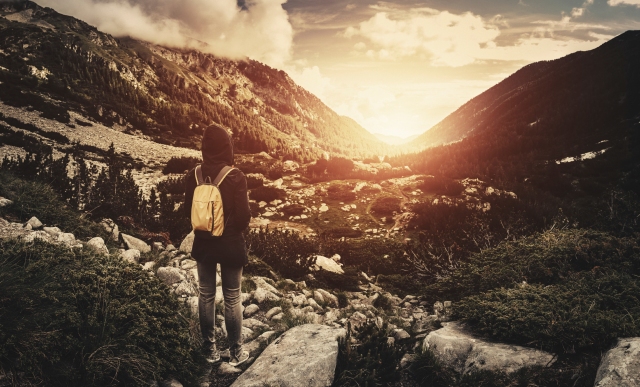 Ten years ago, my fiancé and I had grand financial plans, and the data to back it up. Our sales reports mapped out a strategy to follow several couple friends in our industry—stock photography— to small fortunes: some cash-flowed $90,000 per month. Others sold their photo collections for 20 million dollars.

Call me stupid, call me crazy, but the carefully plotted strategy was interrupted by an emergency: Women in the Congo were being raped, children were dying by the millions….

I dropped the financial plan (and fiancé) for another calling— as a full time volunteer activist. I did raise 16 million…strictly for those women and kids.

Wouldn’t trade it for the world.

But there was a real personal cost. I went for broke. And broke I got.

In December 2006— those early activist days, before I realized the true cost of my choices—I purchased a huge craftsman fixer for 100% financing in a neighborhood destined to pop.

Can you guess what happened next?

The market crashed. The value plummeted. I was too broke to refinance, couldn’t sell, and couldn’t afford it.

But that house was all I had. And doggone it, I was not going to let go. So began years of “creative problem solving”. Couch surfing, house sitting, house packed with roommates. Negative cashflowing hundreds every month to not live there. Coverage in the New York Times calling me out for being “broke, jobless, and alone on a Saturday night.”

As time crawled on, I lived increasingly like a recent college grad, not a 30-something published author on Oprah’s “Power List”.

Despite all the warnings, I became the queen of offering my oxygen mask to everyone but myself.

The implications were sprawling.

In my Year of All Years, a major priority is getting back on track financially. The ultimate goal is to generate investments and passive income that will support my ability to work on the projects closest to my heart, while having some measure of stability, home, and— hopefully— a family of my own.

Since I was 28 years old, I’ve trolled adoption websites, reading children’s profiles, dreaming of building a family. Now that I’m 41 and newly single, I’m aggressively working a financial plan to put myself on track to build a family as a single mother, through adoption, likely of an older child. You can’t do that with 5 roommates or sporadic income. And, as much as I would have loved a partner in parenting, I’m not waiting on a man to make it happen.

That starts with getting out of debt.

I also have had to deal with 30K in student loans (well spent getting a Harvard degree!), credit card debt, and a car loan.

I’m delighted to say Friday represented a huge step towards my goal! Finally, I have the income to qualify to refinance and drop that high second mortgage. On Friday, I refinanced my house. I’m paying down the second so I could roll it into one conventional low interest loan. This move will save $500 per month and finally put my investment property in a cashflow positive place.

Okay, I’m still carrying much of that in the form of the one and only mortgage. But there’s no more balloon payment, and rents completely cover the payment now, plus some.

The even bigger bonus? Turns out my instincts for the neighborhood were spot on- this place is on fire. My house appraised for $300,000 more than I owe. What?!?! I finally have (gasp!) an asset.

Now I’m aggressively paying down the credit card debt and remaining 18K in student loans with whatever comes.

Funny, the stock photography sales were never even in the ballpark of what I sketched out on legal pads 13 years ago. But for the last 10 years, I do get a monthly deposit from sales. It used to be a $1000 to $2000, these days more like $100 or $200. Always a lovely boost for an activist scraping by. But in January, as though a parting gift from the stock photo demi-gods, my share was $6500. One guess where that unexpected gift is going…hello visa card!

No, it’s not 20 million in the bank and permanent freedom. But paying off debt and getting my financial house in order is one more step toward an adult life, while writing and elevating that notion that every woman, everywhere, can realize her right to life, liberty, and security of person.

That is a dream come true.